Summer is fair season in America. Fairgrounds and expo centers across the land are filled with the clucking, and lowing of animals waiting their moment in the spotlight. Blue jackets and green-clovered shirts make their way busily around a maze of stalls in hot barns and sheds in preparation of a few minutes in the ring.

All the dark, cold mornings spent feeding and mucking stalls before school have led to this time. Hours and days of dedication, work and care line up like a road that points to the fair. Many have arrived, some have not, all have learned something along the way. 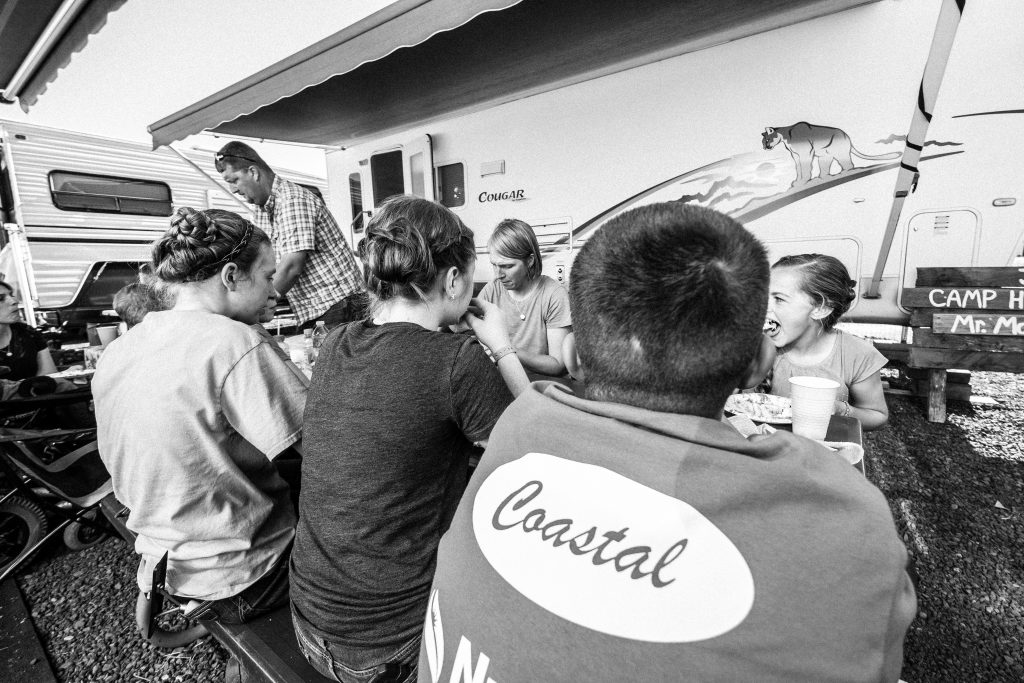 For the Neuschwander family, fair means family time. In the fairground parking area, an artfully arranged group of camping trailers creates a mini compound with long tables filled with food at its center. Between animal showings and stall mucking duty, young and old alike enjoy fellowship and conversation at this parking lot sanctuary. The place is a safe haven to celebrate blue ribbons and Grand Champion status, or gain some gentle encouragement after a difficult showing.

Maddie Neuschwander’s pressed, white shirt stands in stark contrast against her perfectly coiffed black steer as she prepares to enter the ring for a showing. It’s hot, humid, and all the animals are cantankerous. Oliver the 1420 pound steer isn’t terribly interested in compliance as Maddie walks him in circles, lining him up to enter the show tent. 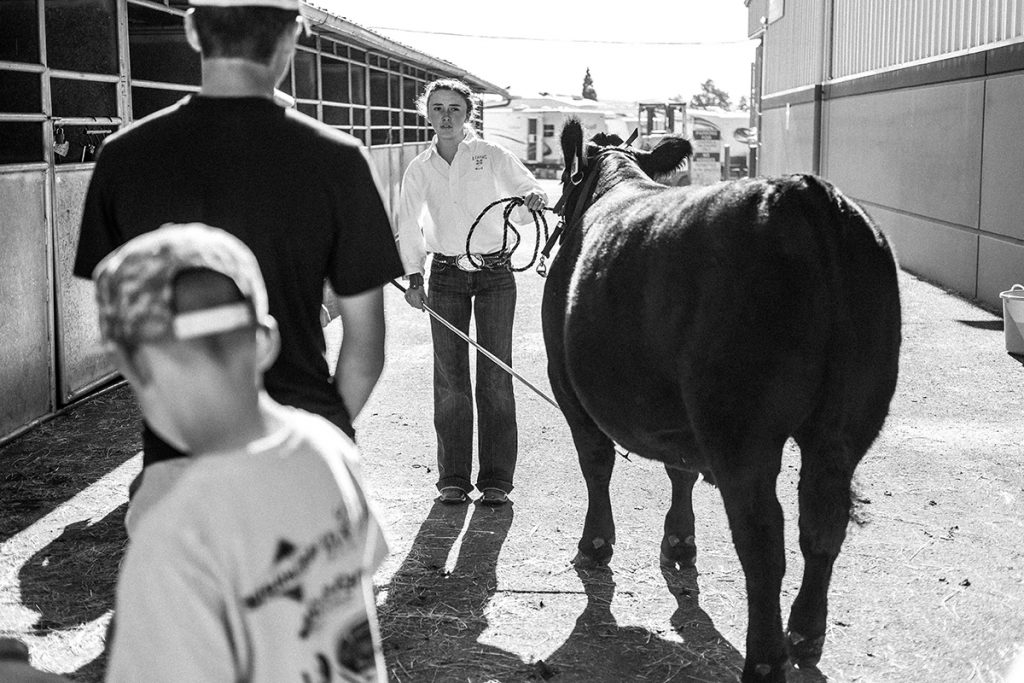 Under the shade of the tent, Maddie and her sister Megan skillfully wrestle their steers into flattering poses while a poker-faced judge walks around and reviews their animals. The judging only takes a few minutes and the tension is high as the judge addresses the field of contestants with his observations and announcing the winners.

For Maddie and Megan’s father, Zap, this is a precious time. “This may be the last time I get to see the girls in the same ring together” he states with a contemplative tone. Maddie and Megan will be in different age classes next year. Zap recognizes it’s only a blink of an eye and his children will have moved on to a life of their own, taking with them the lessons they learned in and out of the ring. 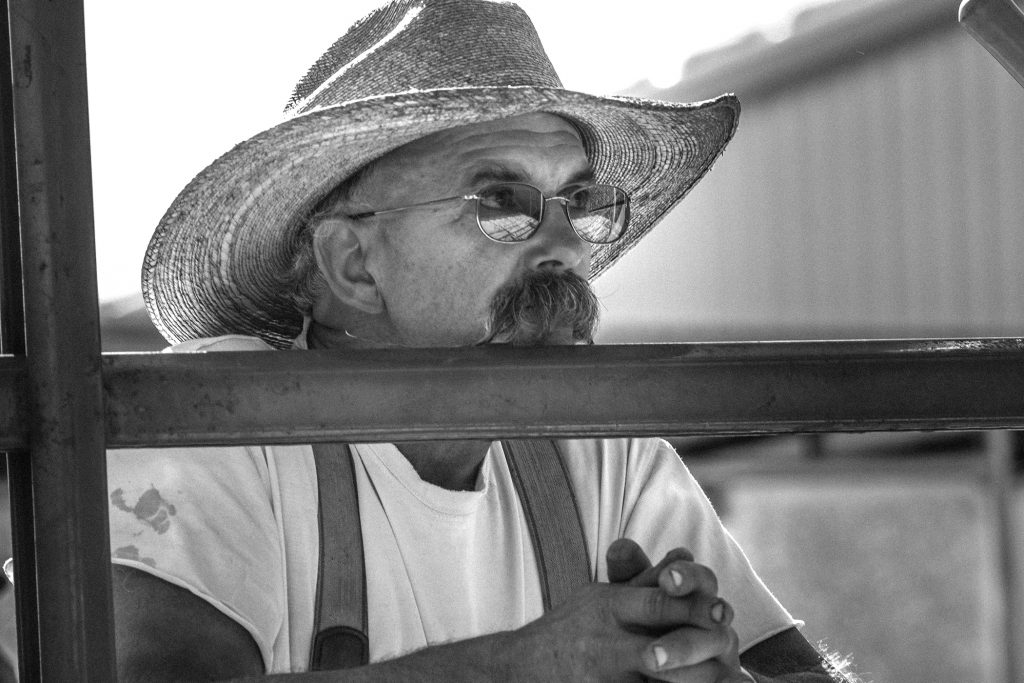 Maddie takes second place and Megan third, but the show’s not over yet. There’s still a showmanship competition and other animals in the barn yet to be led into the ring.

A tradition dating back to the Middle Ages when buyers and sellers would come together over great distances to show their wares and make trade, the fair still holds a resemblance of its distant past. While the fair of today is a place of celebrating countless hours of hard work and dedication to a project in hopes of winning the approval of a judge, it’s still a marketplace.

The auction at the end of fair is often the only way young contestants can recoup the costs of raising an animal for months. In a tradition as old as the fair itself, members of the local business community fill the bleachers surrounding the auction pen to bid on animals, often driving the prices much higher than market value in an effort to show support for young entrepreneurs.

More than a ribbon or certificate, this ritual of bidding and buying is what marks the end of a long and enduring project. With the final gavel, contestants finally reach the destination on the path they set themselves to a year earlier. For a time there’s rest and joy in a job well done. The respite is momentary for most, though. As one season closes, it’s time to start another. In a flash, the Neuschwander family, and many others like them, will turn their sights toward next year’s fair. They’ll buy another animal, start a new project and begin the tradition of learning from experience all over.

For a few moments though, it’s time for music, food and fun. It’s fair time. 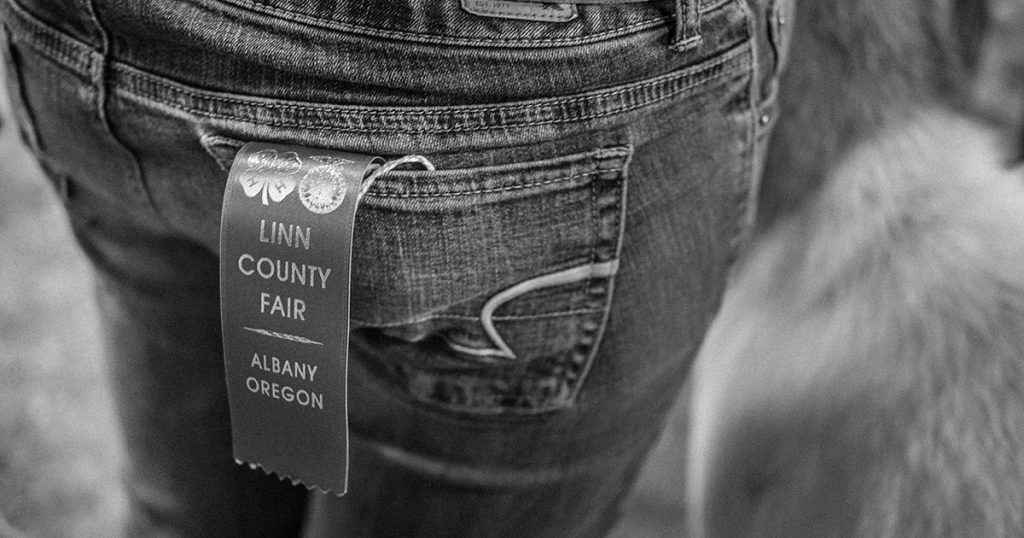