Some people are born entrepreneurs. Sometimes those people come in pairs, like twins Kira and Mason Manrubia. When they dreamed of doing FFA, they raised the money they needed to purchase and care for their animals by selling homemade greeting cards. But that’s merely the beginning of this story. The two then turned that initial investment of time, energy, and money into their new venture called Organic Aspirations. We had a chance to meet these budding business icons and learn about their goat milk soap enterprise. 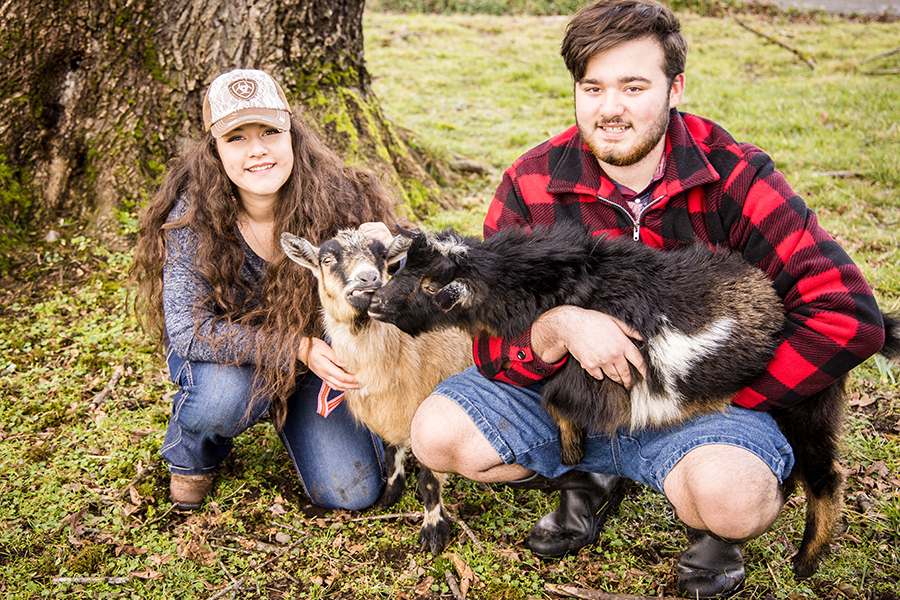 Just before the pandemic, Kira and Mason had bought several goats, raised them and began milking by hand. While the early months of the virus may have kept them home, that also meant they had time to perfect their recipe and create a supply of quality goat milk soap that doesn’t wash away like other brands.

What is their secret? They say it’s the all-organic ingredients, but it’s also in the care they take in crafting every bar. To make their small-batch soap, they create a precise mixture of organic goat milk and lye to achieve saponification. They then add specific amounts of organic oils, optional scents (including peppermint, pine, vanilla, lavender, honey oatmeal, cinnamon, coffee, and many more), and mica powder for color at just the right time to make some of the best organic soap around.

“We’re doing our part to wash away COVID-19,” Kira said with a grin. “And our soap is organic, so we’re doing good things for the planet, too.”

As Kira would explain, they had always had a passion for ag and goats.

“We just love goats. Each one of them has a different personality. They’ll jump and do flips in the air. They talk too.” 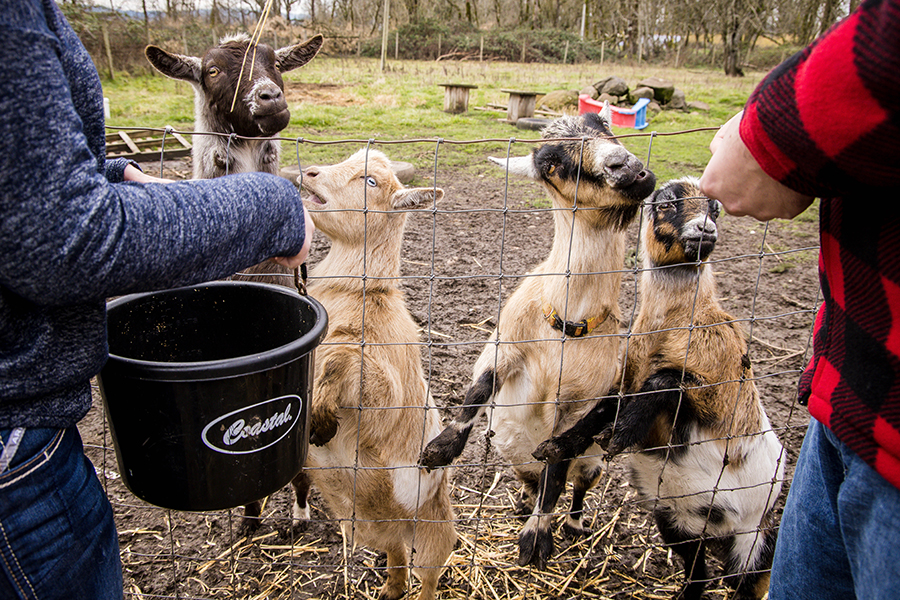 “If you talk to them, they’ll talk back,” Mason added.

Initially, they tried creating lotion from the goat milk. It went okay, but they’d heard about a woman who had been making goat milk soap for years and had recently retired.

“We thought we could start making goat milk soap,” Kira laughed. “And it would be fun.”

Thanks to their patience and gumption, the pair found themselves featured in newspaper articles and social media posts. Word spread, and they began selling the soap at ag events.

“We posted a clipping of the newspaper article on our pen at the Oregon State Fair. We also had the soap for sale alongside our goats,” Kira added.

They sold out fast. Plus, their goats brought home several awards, including first place and grand champion for showmanship. 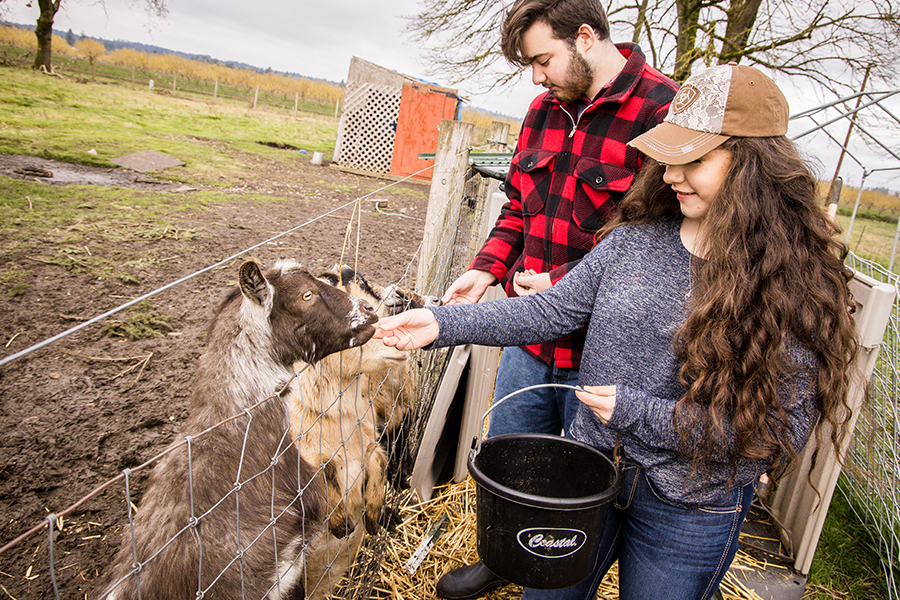 “Sage is our show doe. She is our nearly perfect Nigerian dwarf. She’s so tame and wonderful.”

When making the soap and caring for the animals, the pair divide the chores evenly.

“I milk and make the soap, while Mason feeds, cleans, and does inventory. It’s great,” she said about her business partner and favorite sibling.

Not content with simply raising goats and starting a business, the twins also raise and show hogs, chickens, and vegetables. Next year, the pair will be heading off to college and trade school, with Kira working toward becoming an agronomist and Mason on the path toward being an electrician.

In their spare time, Kira enjoys reading and writing, and Mason likes to tinker with electronics. And they both love shopping at Coastal.

“We go there pretty often,” Kira said. “I love the clothes, but not just for style. They’re great for work too.”

You can find the Manrubia twins and their Organic Aspirations soap at the Aumsville, Oregon Saturday market, E.Z. Orchards Farm Market, and on Instagram!

Bobbi Frost, co-owner of Harrold’s Dairy in Creswell, Oregon invited the Coastal team out for...

What to Know Before You Get a Goat

Goats have long been a part of the American farming tradition. While goats are great...