There are 588 species of conifer trees and shrubs in the world. Being able to identify each and every one could take a lifetime. Thankfully the list of evergreens that grow in Oregon and Washington is not quite as lengthy. As you head out for an outdoor adventure this summer, take notice of the trees around you and use this handy guide as a way of identifying some of those that grow in our region.

Region: throughout California and southwest Oregon

The deeply wrinkled, shreddy and cinnamon-red bark is hard to miss. Some older trees have bark with furrows of up to three inches. They can grow to heights of 195 feet and have a trunk diameter of up to 9 feet. Foliage includes flattened sprays and pale green or yellow seed cones that are just over one inch long. The cones turn orange or yellow-brown at maturity. When you crush the needles, they often give off a shoe-polish scent.

Region: Much of the west, including most of Oregon and Washington

The reddish-brown, deeply-fissured bark can be up to a foot thick on mature trees. You can easily identify a Douglas Fir by the three-pointed clusters that extend beyond the cones, as well as the flexible 1-inch long green needles and the dark-orange-red winter buds. Need another clue to identify a Douglas Fir? Their needles completely encircle the branches. 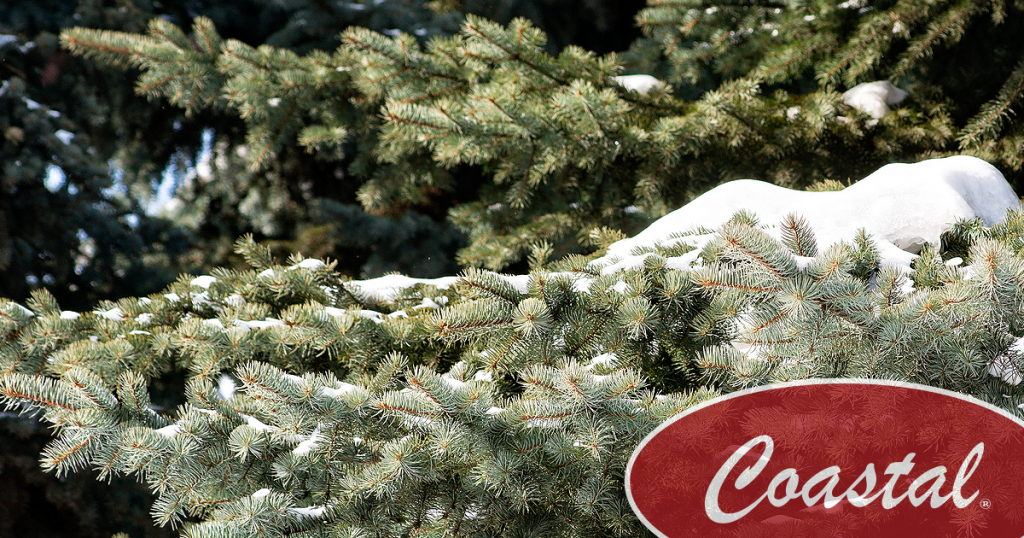 Region: throughout the Pacific Northwest in the Cascades and into Canada and Southwest U.S.

Look for flexible, four-angled needles that are about an inch or longer and cones that measure up to three inches long. These trees have a thin, scaly, russet-red bark that is easy to peel off in small circular plates. Trees grow to be 130 feet. 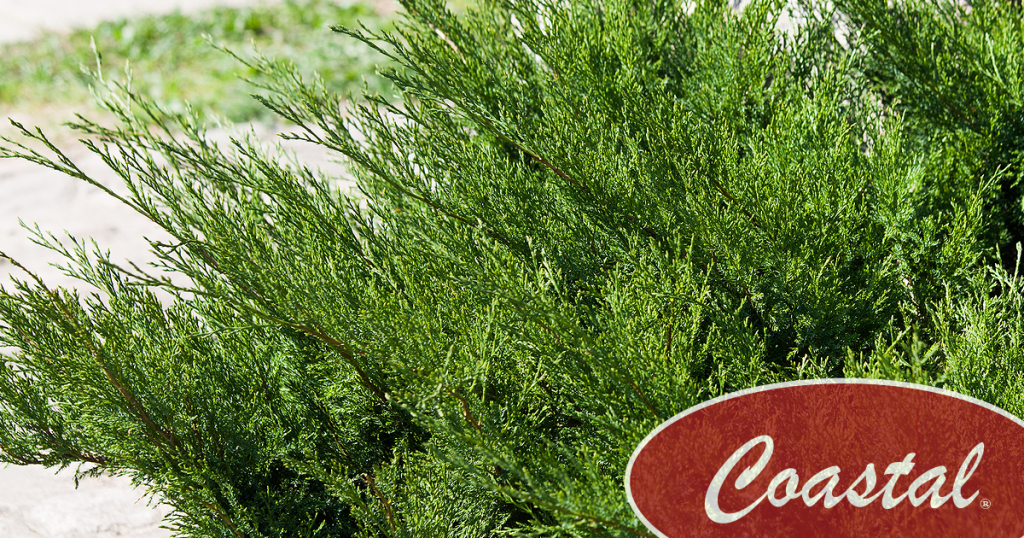 There are juniper trees scattered throughout the world, but to identify our native junipers, simply look for needle-like,  blue-gray leaves that are both prickly and pungent when broken. Blueish berries also highlight these trees. 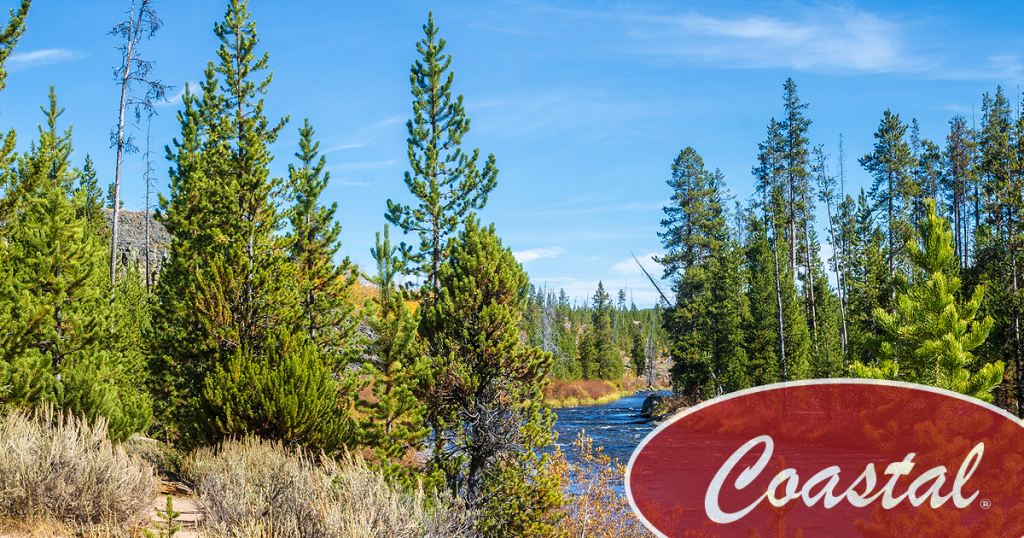 Region: west of the Rockies and into Canada

These trees regularly reach heights of 150 feet with a diameter of three feet or more. You can tell them from other pines by two-inch long, bright yellow-green needles that come in pairs. The bark is pale brown and made up of thin, irregular scales. The cones measure up to three inches long. 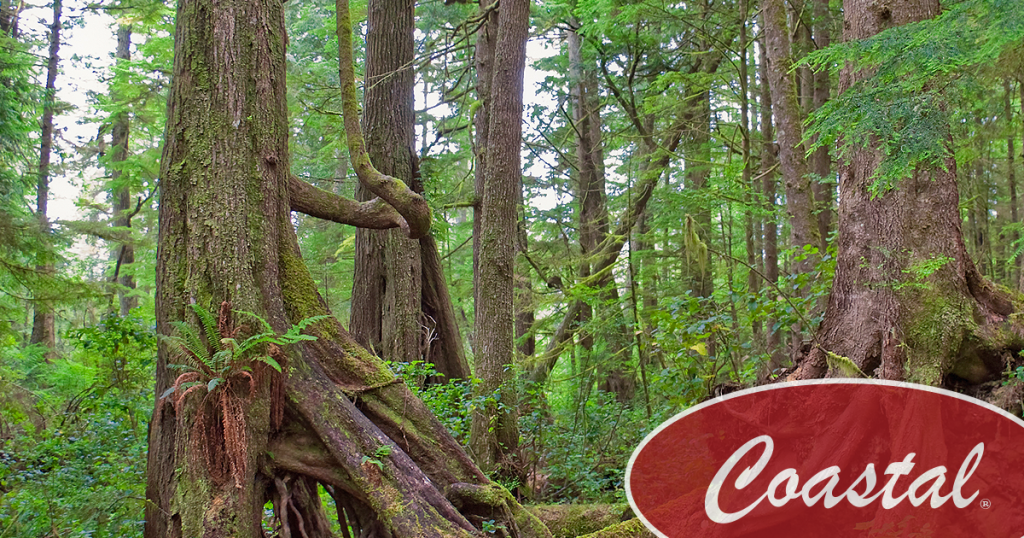 Region: mountain regions of Oregon and Washington and parts of Canada

These 200-foot giants live up to 400 years. To identify one, look for needles spread horizontally from the side. Some say the twigs covered in needles give them the look of a dog’s tail. Bark on younger trees is light gray, but darkens as a tree ages. 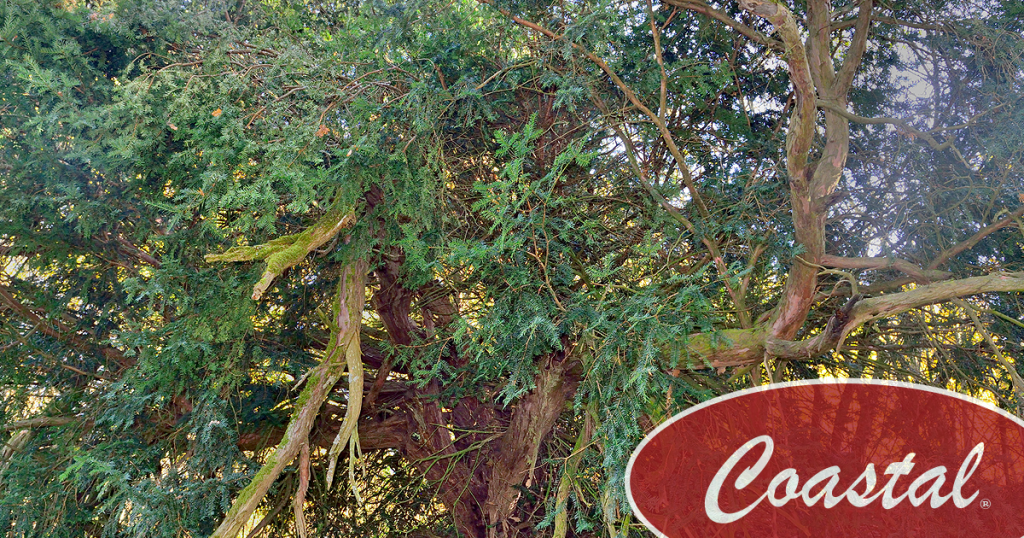 These trees are rather short compared to other evergreens, measuring 40 to 60 feet max. The inch-long needles come in two rows of flat sprays. Here’s how you can really tell a Pacific Yew from other trees: you’ll find bright-red, cup-like cones on female trees. 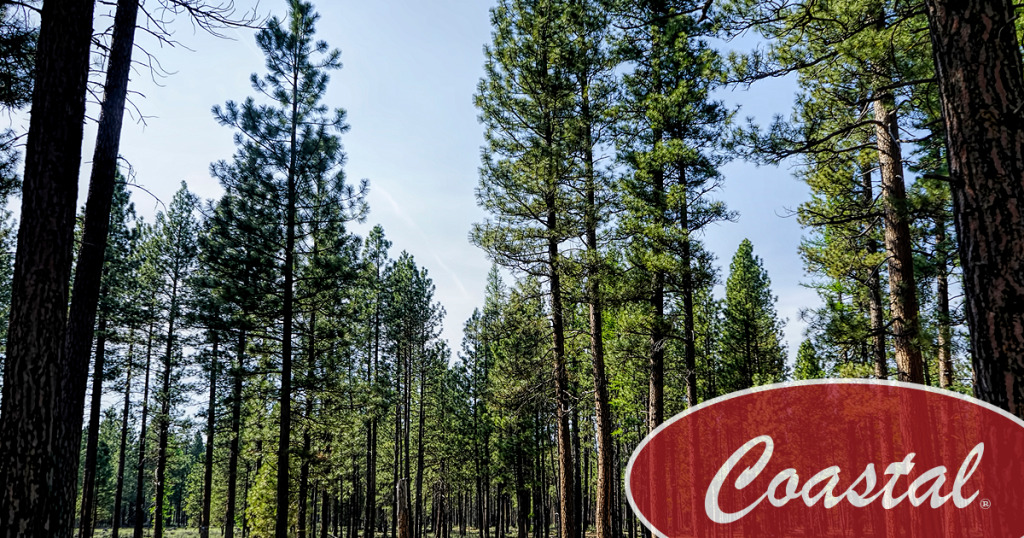 Region: throughout the west, including Oregon and Washington

These pines easily reach 100 feet and higher and live for 500 years. The green cones point upright for several years, then turn brown and turn down before being released to the forest floor. The bark is a cinnamon-brown or orange-yellow depending on the age of the tree. They have bright-green needles that can measure over seven-inches long. One of the tallest, living Ponderosa pines is located in the Siskiyou National Forest in Oregon, measuring 268.35 feet. 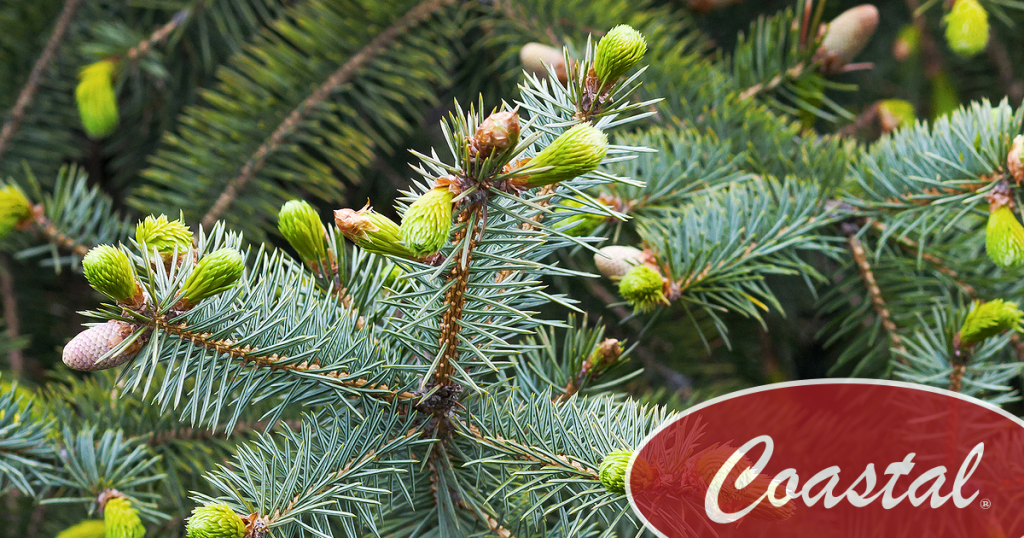 Region: Pacific coastal regions from California to Alaska, including major waterways in Oregon and Washington

To identify this often-tall tree, look for thin and scaly bark that flakes off easily, in addition to flat, prickly needles that stand out around the twig. Older trees will not have low-reaching branches, with the first branches above 90 feet or higher. Cones measure over three-inches long.

Region: mainly in California as well as south and south-central Oregon

These trees have the largest cones of all the pine trees, measuring up to 20 inches long. Plus, the trees are some of the tallest, easily growing to 200 feet or more. The gray-brown bark can be upwards of three-inches thick and broken into ridges. 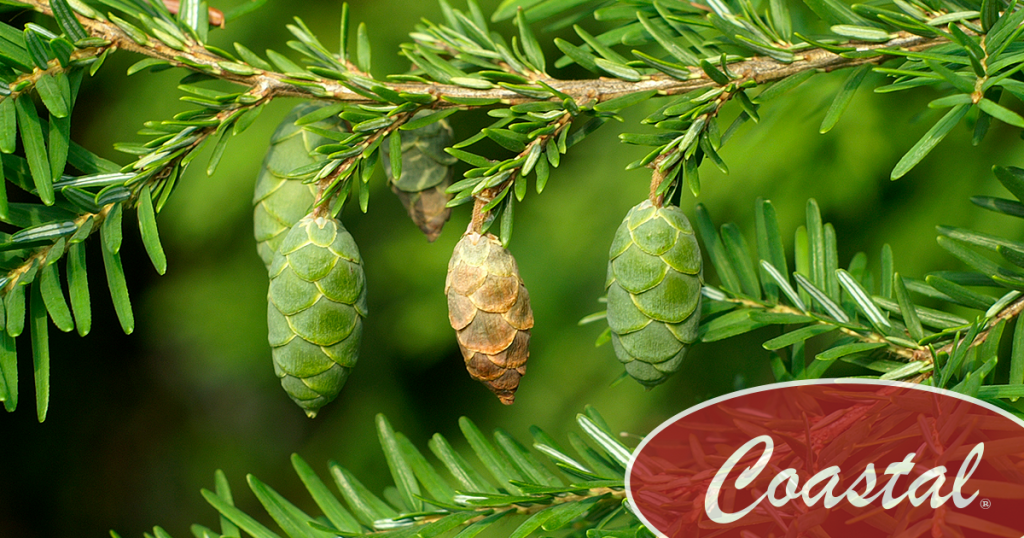 Region: western Oregon and Washington, and up into Canada and Alaska

These trees are giants, growing to 250 feet high with a diameter of 10 feet. Look for pointed, pendant cones that are up to an inch long as well as deeply wrinkled, brown bark that is over an inch thick. The needles are glossy green and round tipped. 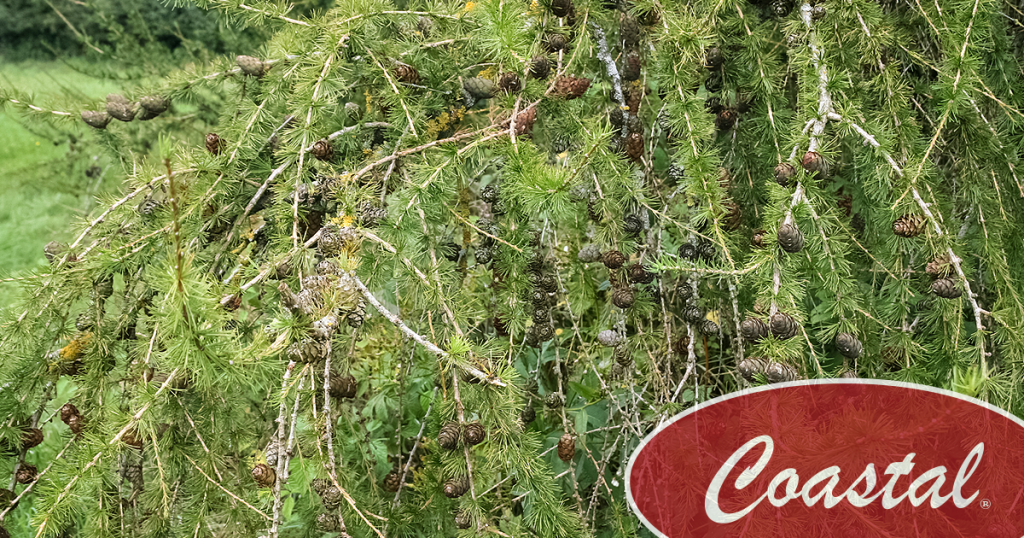 Region: throughout the Pacific Northwest

Look for elongated cones that measure just over an inch long growing on the twigs along with fine, flexible needles. These needles come in clusters of up to 40 at a time. The cinnamon-brown bark has small, irregular plates that can be up to six inches thick at the base. 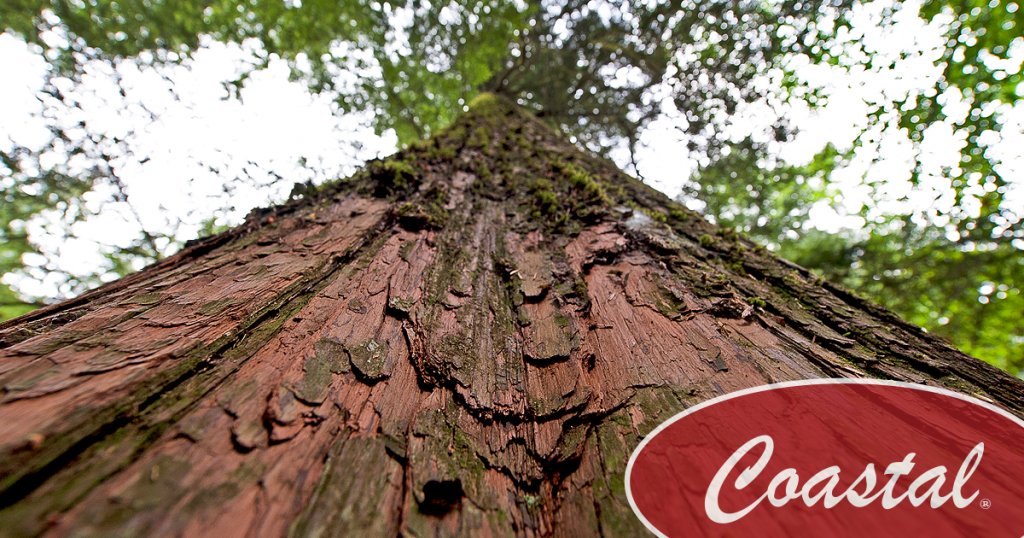 Region: from Oregon and into Canada

With cinnamon-red, fibrous bark and flat, lacy sprays of bright-green needles, these trees are often easy to spot. You can also look for slender, leathery-brown cones.

Region: throughout the Pacific Northwest and into California

Look for blue-green needles in bunches of five and cones that measure up to 10-inches long. The bark is blocky and gray to cinnamon colored. Looking up, you’ll notice that the Western White Pine’s branches form a pyramid of sorts, with the first branches starting dozens of feet above the trunk. 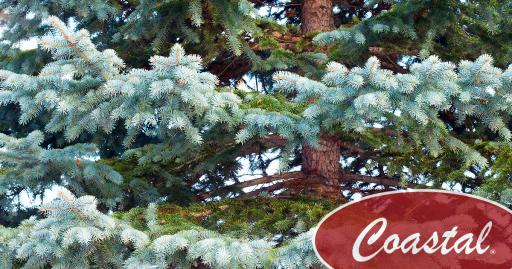 Region: southwest and south-central Oregon, California, as well as much of the Southwest U.S.

These massive trees retain their branches all the way to the ground. Cones measure up to five inches long and can be seen standing upright on branches. Older trees have a deeply wrinkled, hard, and gray bark.