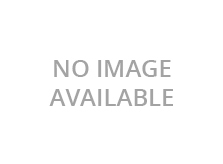 According to Capital Press, Stevens County ranchers are protesting public land use issues by advertising on area billboards. The billboards feature the words “Public Lands: Log it, graze it or watch it burn.” The group has been using billboards to raise public awareness since 2015. The spokesperson for the group stated that good land management should center on grazing and logging rather than conservation and recreation. The group is working with public land management agencies to promote a more balanced approach that can be beneficial for everyone.

Several Oregon timber companies are limiting access to their lands due to higher than normal temperatures and extreme fire conditions. Those companies include: Roseburg Forest Products, D.R. Johnson, and Lonerock Timber. Closures will remain in effect indefinitely.

Patrons of the Westland Irrigation District may soon be able to buy addition water supplies, according to the Eastern Oregonian. The option would be open to farmers growing high-value crops such as potatoes and onions. Additional infrastructure and piping could be installed soon if enough of the farmers opt in to the $1,800 per acre-foot price tag.

The Capital Press reports that the Washington Farm Bureau has attacked an Army Corps of Engineer’s plan to breach dikes in Whatcom and Skagit counties. The move is intended to flood hundreds of acres of prime farmland to create fish habitat. The plan would cost taxpayers an estimated $452 million.

Studies have shown that increased soil health and weed control can be achieved with cover crops. However, researchers at the University of Idaho Kimberly Research and Extension Center are looking at cover crop management in dry bean production with surprising results. Full details of the study have been published in Capital Press.