Inside an Organic Dairy: Noble Dairy

About 20 minutes south of Grants Pass alongside the Applegate River, you’ll find Noble Dairy. Every day, the steadfast Noble family and 25 employees care for over a thousand cows and deliver certified organic milk to producers throughout the region, including Umpqua Dairy. We had the chance to meet the Noble clan and get a glimpse into their life on the dairy. 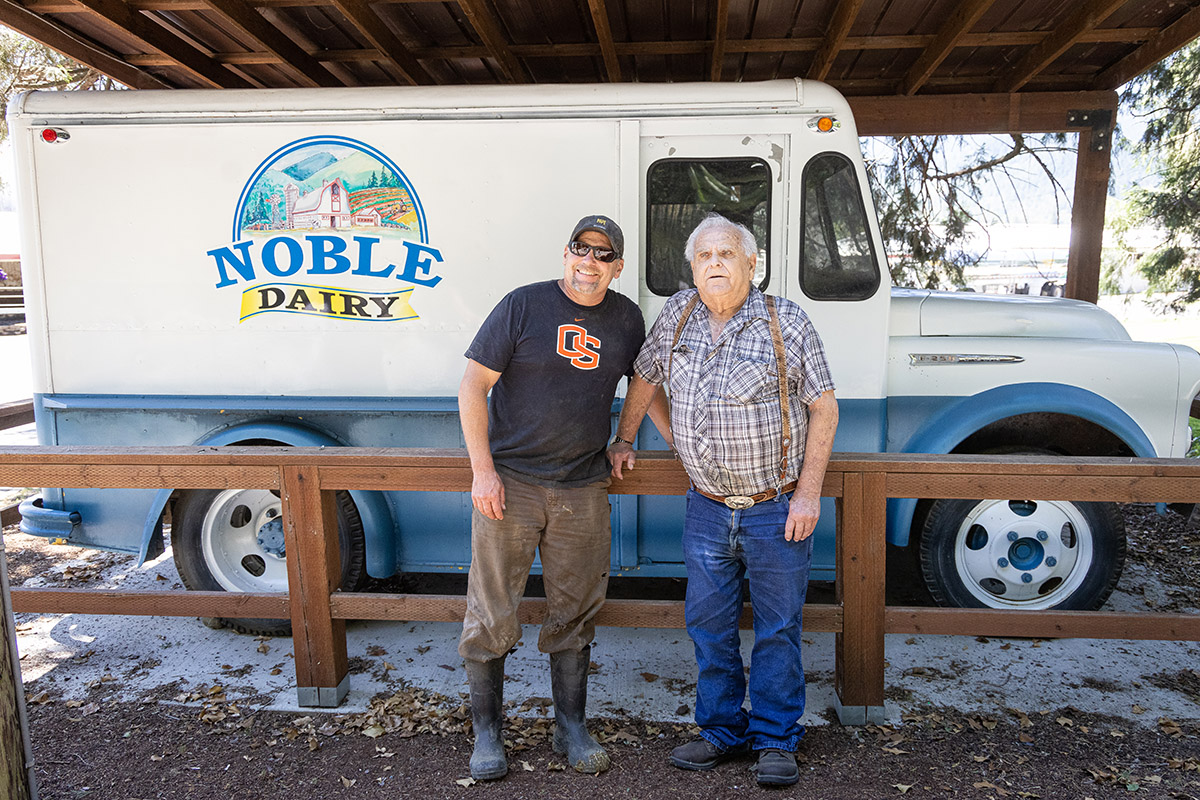 Back in 1972, Larry’s father bought the dairy and gave it his family name. Since then, Larry and Sharon Noble have taken over the work, including a shift to an organic operation nearly 20 years ago. That makes Noble Dairy one of the leaders in organic milk production. 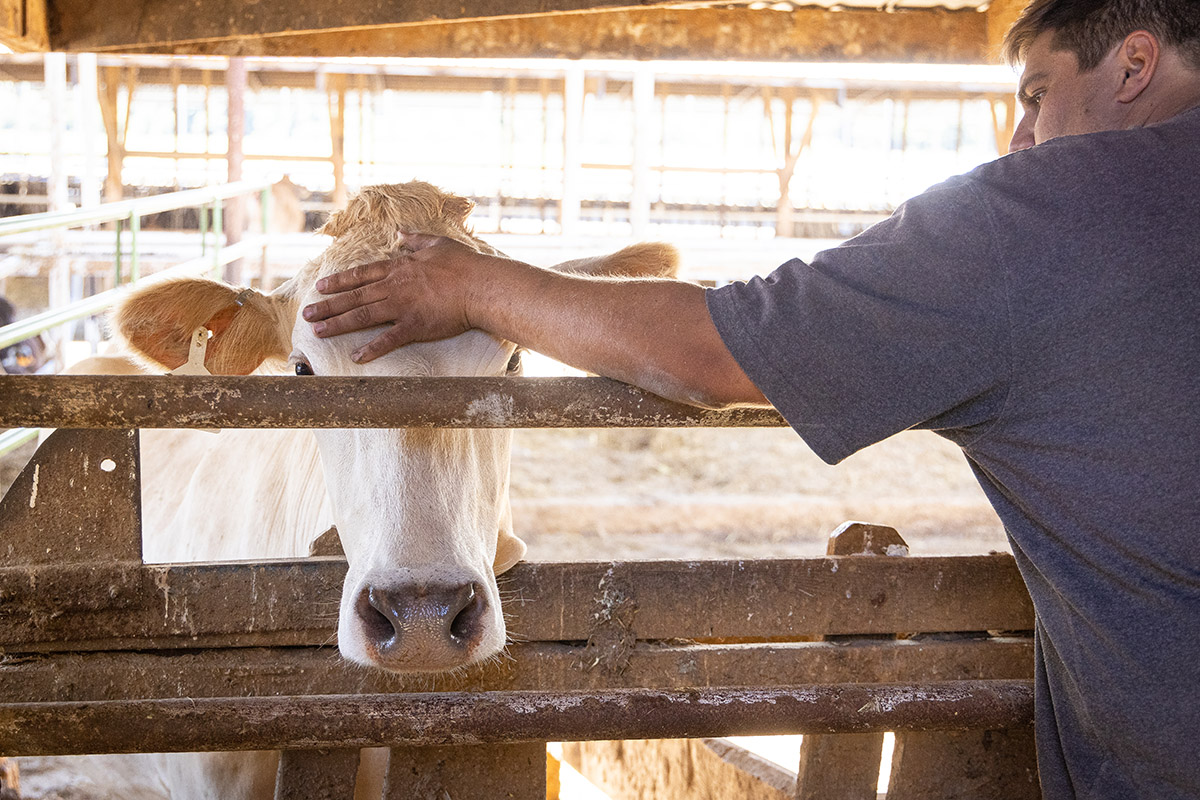 “My dad is still here on the dairy. And someday we want to hand it down to our three boys,” Larry said when asked about the next step in the family business. “But right now, we’re keeping up with increasing demand and proudly delivering what people want and need.” 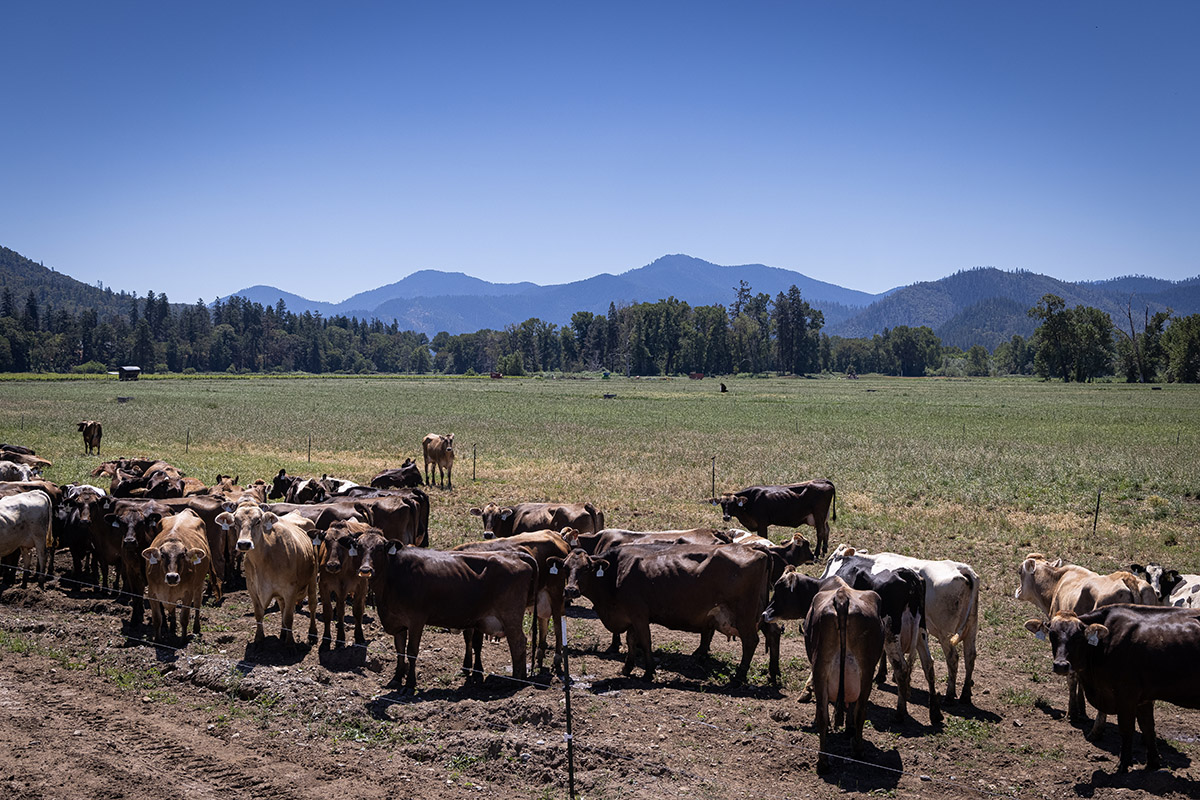 According to Larry, one of the biggest daily concerns is moving cows from one pasture to another.

“To be organic, you must graze for over 120 days out of the year. We’re able to graze a full seven months.”

That means the Noble family and their employees are irrigating fields, growing crops, moving cows, and managing livestock every single day. To meet growing demand, the family-run operation recently added 500 acres of organic ground for grazing and harvesting what they need to feed their livestock the other five months of the year. 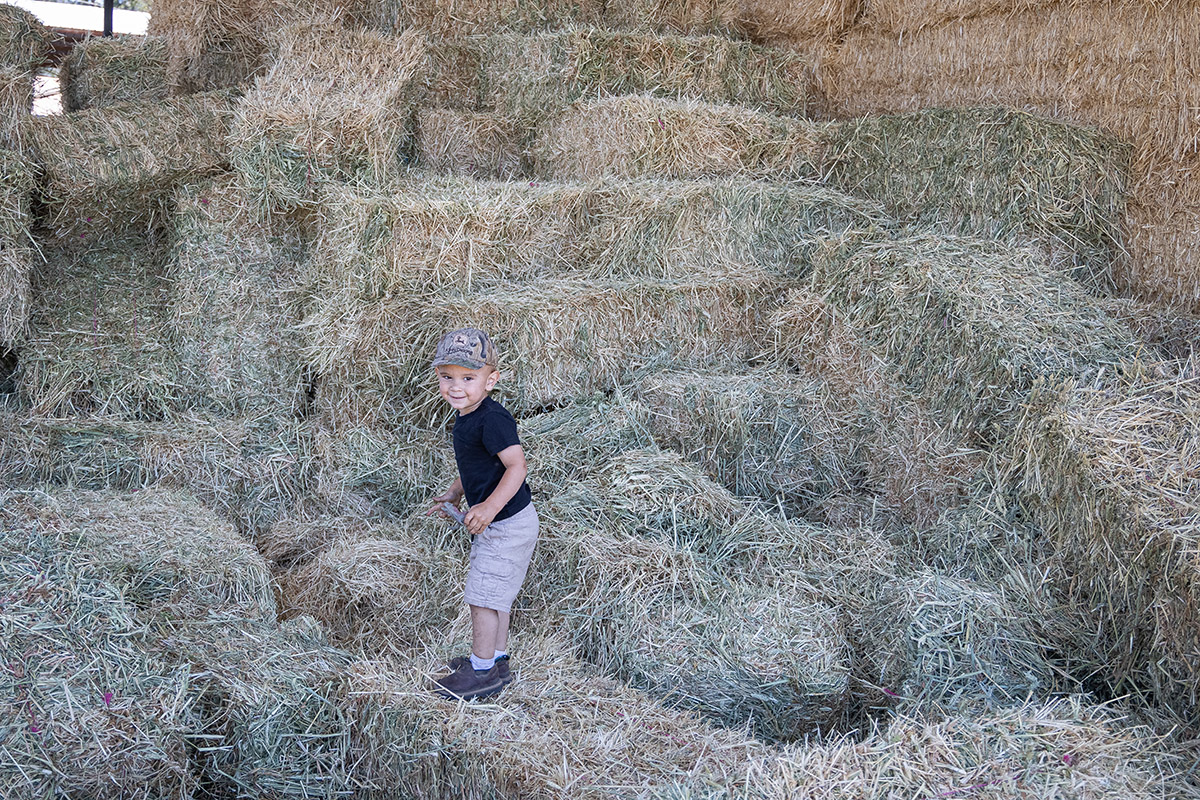 “We’re cutting and growing feed, as well as running different crops several times a year,” Larry said with pride. “We cut, bag, and store it ourselves.” Currently, Noble dairy farms just over 1,000 organic acres and grazes on an additional 500.

All of that attention to organic goodness helps create some of the best milk around. To get that wholesome milk to processors such as Umpqua Dairy, the Noble family and crew work 24/7, milking three times a day on eight-hour shifts.

“We run what they call a double-18 parlor with two milkers,” Larry explained. “On any shift, we’ll have a couple of mechanics, as well as two people milking 18 cows at a time. We also have folks feeding calves and the cows that are pregnant or have recently given birth. The others are busy with pastures, irrigation, harvesting, herd health, and moving cows.”

While they are proud to help employ locals and bring as much prosperity as they can to the region, they’re also delighted that 100% of the milk Umpqua delivers to stores is from their dairy. 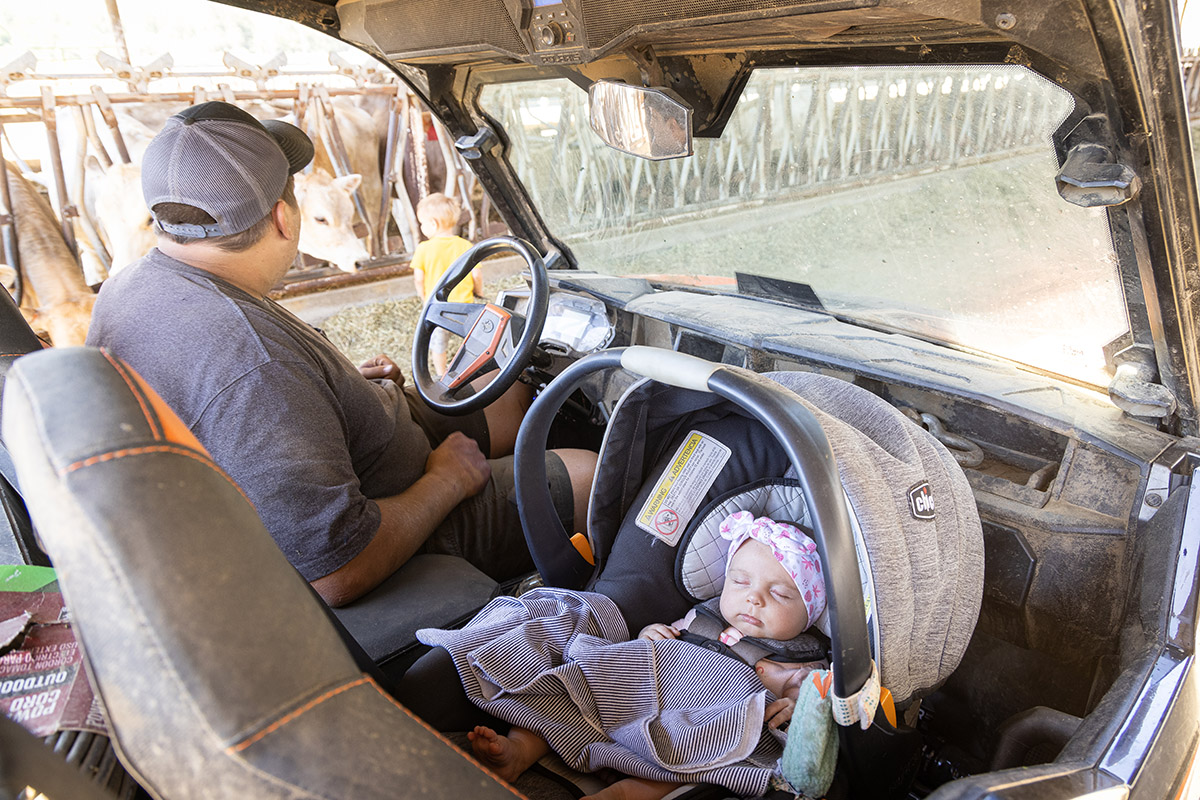 With 24-hour operations, Noble Dairy keeps and maintains backups for every system in the operation. That includes coolers and generators, compressors and more.

“If one goes down, another has to be there instantly,” Larry added.

Every day, several trucks from different producers roll up to Noble Dairy and drive away with thousands of gallons of organic, unprocessed milk.

If you don’t want to do the math, that equals 8,750 gallons every single day. 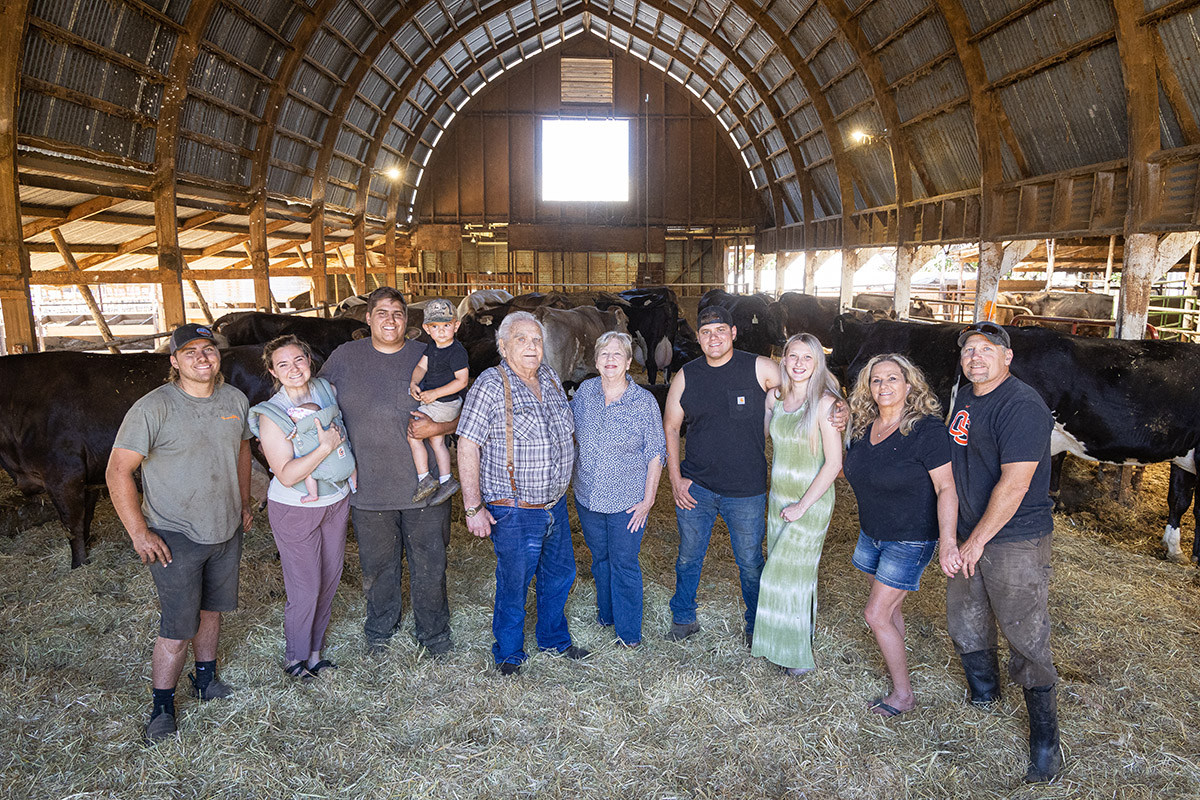 On those rare times when they can get away from the dairy and into town, the family shops at Coastal for parts and supplies for their equipment, as well as workwear and rubber boots for the crew. 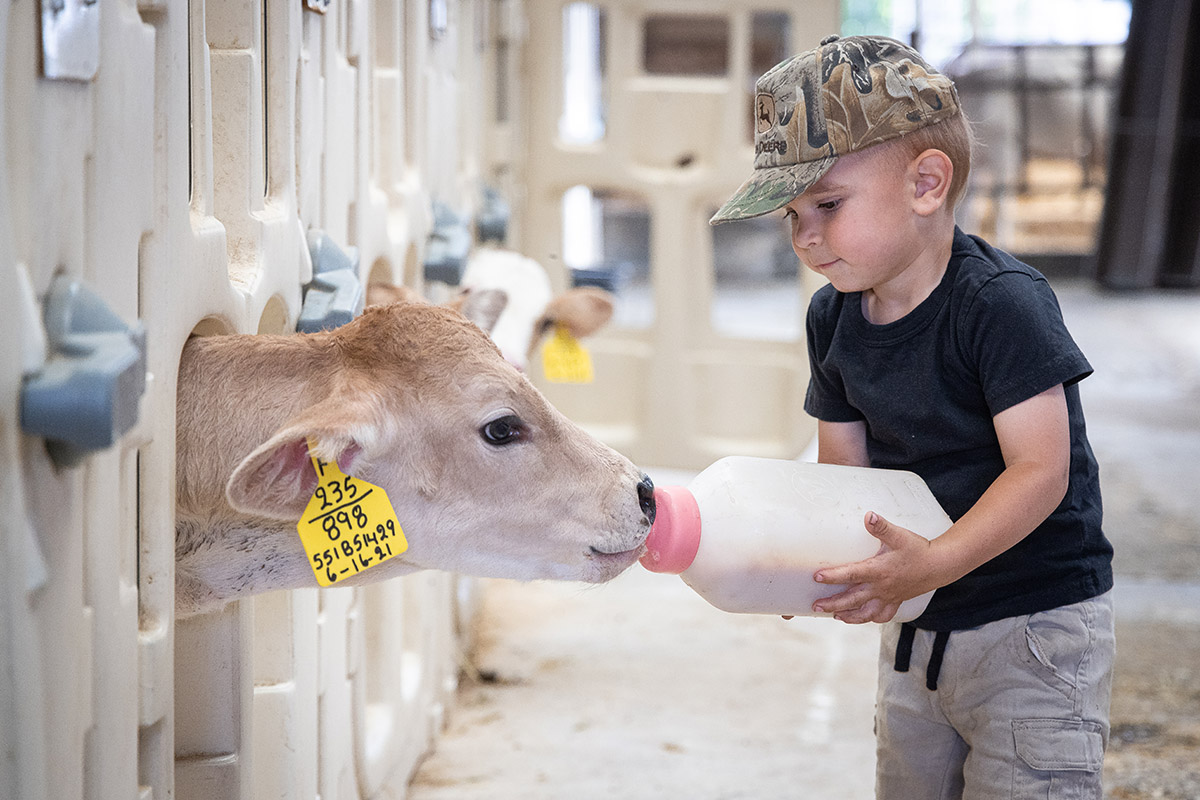 The next time you’re at the store, look for milk and other dairy products from your region. Whether it’s certified organic or simply something ultra-local, you’ll be helping a local dairy and processor, plus you’ll be giving your family something delicious and nutritious.

How much milk does a cow produce?
On average, a dairy cow can produce more than 7.5 gallons of milk every day. Output varies by breed and process.

How to make goat milk?
Similar to cows, goats are often milked with a machine. The milk is frequently pasteurized and produced for the end consumer.

Is goat milk good for you?
Health experts contend that goat milk is nutritious. Similar to cow’s milk, it contains essential vitamins and minerals such as iron, potassium and Vitamin A.

How to pasteurize milk?
To pasteurize raw milk, the liquid is passed between stainless-steel plates and heated to 161º F for 15 seconds. It is then cooled quickly and maintained at 39º F.